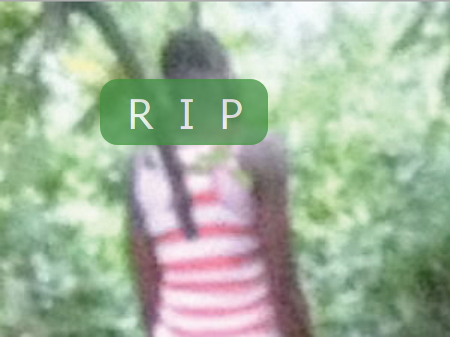 The deceased, Comfort Uche-Ume, a native of Amaeke Abam in Arochukwu LGA of the state, was allegedly raped by three boys; Ndubuisi Wogu, Chinaza Ufomadu, and Francis Onwoboro now on the run.

The deceased was a JSS 3 student of Isieke Community Secondary School and had just finished writing the “Junior WEAC” exam, according to a source.

The source also said two of the culprits hail from Okwoyi while the other is from Ikwuano LGA.

Onyeke told Southern City News that the victim who until her death resided at Iyienyi village with her parents, had gone in the company of her sister who was married at Okwoyi, a neighbouring village, to see her (sister) husband.

He said that as evening approached, the deceased opted to return home to remove the clothes they spread outside to save them from getting wet from the threatening rain.

But another source said the deceased decided to return home because she was having the key to their house so that the parents who travelled would not be stranded upon their return.

The PPRO said that as the deceased was trekking back to Iyienyi village alone, she was allegedly accosted by Nwogu, who had been making unsuccessful advances at her.

He said Nwogu, assisted by two other accomplices, dragged the victim to a nearby bush where they gang-raped her, threatening to kill her if she raised any alarm.

Police said that when the sister of the deceased returned home, she met her crying and after enquiries, Comfort narrated her ordeal to her.

Irked by the sexual assault on her sister, she was said to have informed her husband, who quickly rushed to confront one of the suspects and engaged him in a free-for-all.

According to the police, the victim was later brought to Umuahia Central Police Station around 9pm by her parents to officially report the matter.

Onyeke said after lodging the complaint, the police first decided to take the victim to the police clinic for examination and medical attention.

He said after she was examined and the police wanted to take her statement, but the parents pleaded that they should be allowed to take her home, promising to return the next morning since it was getting late so that they could still get transport home.

The incident, according to him, took place Friday last week.

“But instead of returning as they promised, the parents never showed up. The mother of the deceased rather decided to scold her over the incident.

“The mother mismanaged the situation. She said to her ‘Have I not warned you not to go to Okwoyi village alone? Now three men have raped you and if you become pregnant, who will be the father of the baby?’

“On Tuesday morning, the mother of the victim allegedly went to her room again and started talking to her. She later invited her for the family’s morning devotion, but she declined,”

The state police spokesman pointed out that when the family began to hold their morning devotion about 20 minutes later, a shout was heard outside the house and the family members rushed out.

According to him, the initial thinking of family members was that the rapists had come to attack her again.

But that was not to be as they were shocked to their marrows to see the lifeless body of their daughter, who was reportedly seen leave her room with a head tie/ veil across her shoulders, dangling on a guava tree beside their house. She had committed suicide!

Police said the deceased might have decided to take her life out of frustration and possible stigmatisation.

The PPRO, therefore, advised parents and guardians to exercise caution when “they manage sensitive situations that might come their way, especially the ones affecting their children or wards.”

He said, “Parents should avoid stigmatising their children, but treat them with love anytime such unfortunate situation comes up.”

Onyeke also appealed to members of the public with any credible information about the whereabouts of the alleged rapists to volunteer same to the nearest police station for prompt action.

Meanwhile, a source at Okwoyi told our correspondent that the villagers had begun a manhunt for the suspects.

The source said hunters had been mobilised to comb every nook and cranny of the village for their possible arrest.

According to the source, the villagers are not taking the incident lightly, vowing to stop at nothing in bringing the culprits to bok.

“This is an abomination and we will make sure we fish them out of any hole they may have run into,” the source said.

Continue Reading
You may also like...
Related Topics:abia state, girl, killed, mother, self