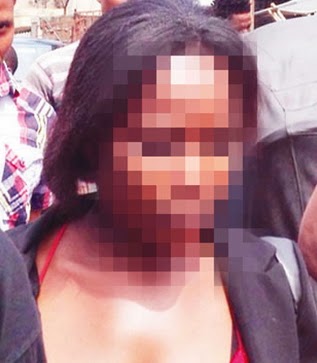 A lady in her 30s identified as Grace Uduak was arrested yesterday in Ojuelegba area of Lagos after residents accused her of being a kidnapper.

She was caught with a 7-year-old girl simply identified as Khadijat. The suspect reportedly lured the girl with puff puff snack around 10am and as she was about leaving, she was caught by vigilant residents.