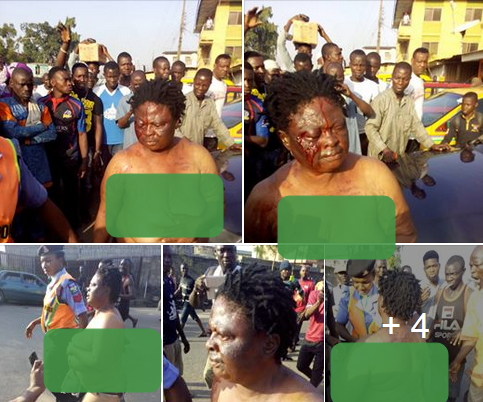 A Facebook user, Ojagbule Samuel took to the social media yesterday to reveal the face of an elderly woman accused of kidnapping a child.

The alleged kidnapper was caught while trying to kidnap a child in Dopemu area of Lagos.

She was rescued by the police as a mob was trying to burn her alive.