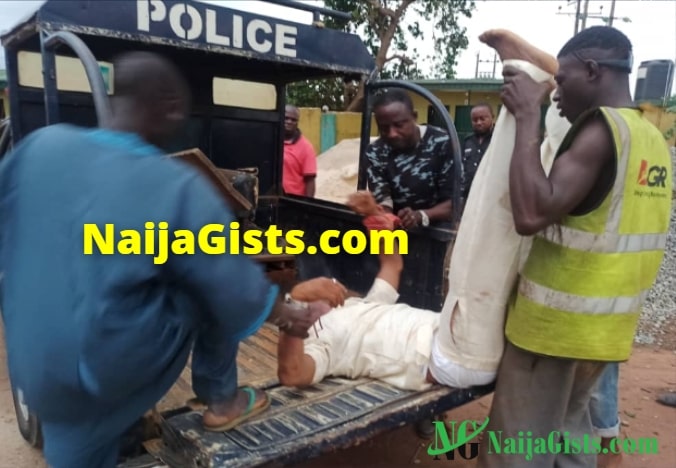 The Lagos Police command is on the trail of one Yahaya who allegedly beat his brother, simply identified as Samson, to death for allegedly stealing a school’s property in Ijede area of Lagos State.

According to him, the Divisional Police Officer (DPO) in charge of Ijede on the outskirts of Lagos was informed on Monday that a 32-year-old, security guard in the school, Samson was caught escaping with stolen items.

He added that items allegedly stolen were five Plasma TVs, one generator, one air-conditioner, one pumping machine and one Wi-Fi modem.

Hundeyin said Yahaya, a brother to the suspected thief was informed about the crime.

“His brother, one Yahaya, got hold of the suspect and tied his hands and legs before proceeding to beat him for theft and bringing disgrace to the family.

“In the process, the suspect died and his brother fled.

“Based on the report, the police visited the scene, took necessary action and evacuated the corpse to Ikorodu General Hospital mortuary for autopsy,’’ Hundeyin said.

He assured that the police would eventually arrest Yahaya for allegedly killing Samson.