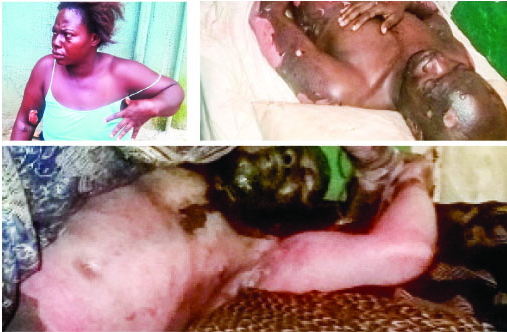 3 lost their lives to gas explosion in Benin Edo state this past weekend.

Two siblings identified as Favour aged two and Odion aged 11, were among the victims of the incident which occurred after a five-kilogramme gas cylinder exploded at a residential building at No 32 Osazuwa Street, Off Benin-Agbor Expressway in Ikpoba-Okha local government area.

The explosion that occurred in the early hours of Sunday reportedly affected four families.
The fire was said to have engulfed residents in the building when a family opened their door to know what was happening outside.

Narrating how the explosion occurred, one of the victims, Ese Egharevba, whose husband and two children were also affected, said she was outside when she heard the explosion.

She said they found the cylinder and took it outside while her husband called on residents in the building not to strike any match or put their stove on, but unknown to them, a family was already cooking inside and when one of their children attempted to open the door, fire engulfed the building.

In his account, a teacher who gave his name as Christian Unuame, said the owner of the cylinder does not live in the building.

The victims were admitted at the Enoma Hospital while mother of the deceased’s siblings and her eldest daughter were referred to the University of Benin Teaching Hospital.