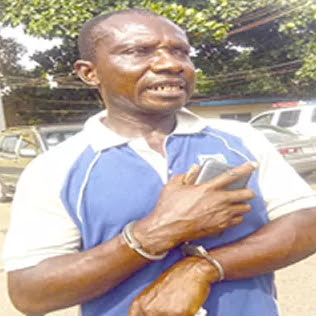 The founder of Soccer Warriors Football Academy in Agege Lagos has been arrested.

The suspect, 49-year-old Frank Darlington from Imo State who got divorced by his wife of many years in March 2016 told police he penetrated his victims through their anuses to derive pleasure. 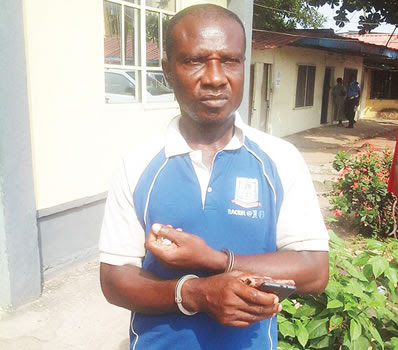 He told police he stopped the act in July of this year because of the grave implication of his indulgence.

One of his victims, Kehinde said Darlington threatened him with death if he told anyone about the sodomy act.  He however confessed to his mother when Darlington made it a weekly habit.

This is what Kehinde told reporters yesterday:

Another victim who refused to be identified said a large number of football players have withdrawn because of the Sodomy act.

Lagos Police CP Owoseni said the suspect would be charged to court soon.