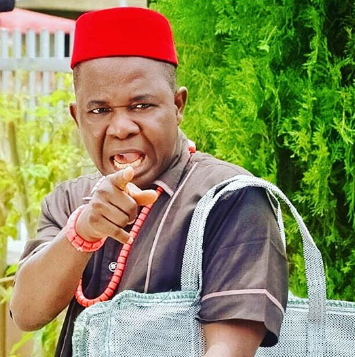 How vast is your knowledge of sports?

Which was your favourite position as a player?

It will be funny to hear that I played in all positions except goalkeeping. I played as a defender and I thrived in the midfield role and I was used as a striker by my coach while in school. I had fears for goalkeeping after Thunder Balogun fired a shot at a goalkeeper and the shot hit the keeper in the belly and he was taken to the hospital but didn’t survive. And that’s why modern coaches won’t allow shots like the one we saw Sunday Oliseh played against Spain at the World Cup in 1998.

Did you at any point disobey your parents to play football?

I won’t call it disobedience but I always found a way to wriggle out of the house even if I had to evade my home chores, like washing of plates. I ensured that I was not being watched because my father was a very strict disciplinarian but would not come back home on time. And I used that time to engage myself playing football. But if I was sure that he won’t be out for long, I don’t take such risk. So, you can call it minor indiscipline. No player succeeds in football without evading home chores or being stubborn as a kid. It is not possible because they (parents) never inculcate the schedule of football in their own plan. It is lately that parents started accepting it because they see people making millions out of it.

Why didn’t you pursue football further?

Many things happened in the late 70s which actually prevented me from playing football. When I finished from my college in Enugu, the search for greener pastures checkmated my desire to play football. Even when you play football, you cannot do better if you are not educated. We’ve seen it that those who are not educated don’t really do well with their football career. Sometimes, they have problems with the foreign coaches who obviously will pass information across in English and if you don’t understand what he is saying, then it becomes a problem. Take Lionel Messi, Cristiano Ronaldo and even Ronaldinho for instance; even when they have the football at their feet, they are practically using their brains to calculate how they were going to deal with you and score goal. So, education is paramount to football. But I opted out of playing football to acquire education in Political Science and Drama and my ambition for football suffered. I still remain a football fan till tomorrow.

Who is your football model?

Christian Chukwu remains my Nigeria idol because we saw how he took Nigeria to the Nations Cup before he was dubbed ‘C hairman Chukwu.’ I don’t joke with players like Austin Okocha, I remember when he was with Frankfurt in Germany, and he dribbled almost a whole team to score. Okocha is a fun-loving person and it showed in the way he played. He was never too serious and he brought smile on people’s face. The same applies in our own profession too; I am a very special person. I don’t just act but I create fun because there is no way you will watch my movies without laughing. There must be a cliché to maintain to get your movies interesting till the end.

Which football team do you support?

I am internationally minded. I support Portugal because of Ronaldo. He had an airport named after him for helping the country win Euro Cup. And I also like Ronaldo because he is not just disciplined but religious, among all the top players in Europe, he is one player who doesn’t go close to having tattoos. Look at Messi, all of a sudden he started having tattoos on his body. Though, he (Messi) remains discipline and hardworking.

Who would you rate higher: Messi or Ronaldo?

It used to be Ronaldo, but since he left Madrid for Juventus, the way he shone in Spain has reduced in Italy. And Messi continues to shine; now he is above Ronaldo. But I’m happy for all of them because they have made the game enjoyable to watch.

Don’t you think you have a good physique for boxing?

(Laughs) I respect those who are boxers I must confess but the respect I have for them is not because they are wonderful but because they are entertaining the world. To me, boxing is not a good sport because of the punches they throw. Take a look at Muhammed Ali who suffered from Parkinson disease as a result of blows to his head during his career. I honestly don’t know what the fans enjoy from boxing because blood should be scary. I see it as a deliberate punishment where people clap for you.