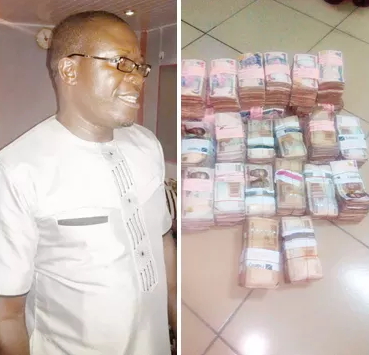 Abnedgo Don-Evarada, former Media spokesman for Bayelsa State Governor Dickson was picked up by the EFCC in Port Harcourt on Monday for allegedly offering bribe to the EFCC Zonal Head in PH, Mr Ishaq Salihu.

According to EFCC spokesman, Don Evarada offered the bribe ostensibly to compromise EFCC investigation. His offer was rejected while he was arrested.

The suspect is currently in EFCC custody.