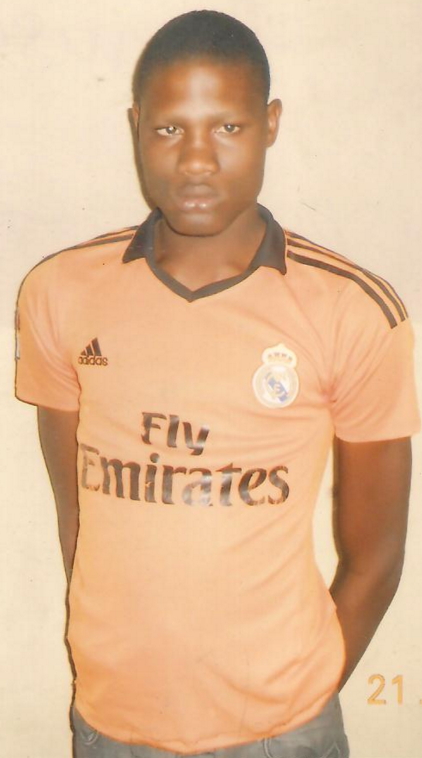 A young Suya (roasted meat) seller in Alakuko area of Lagos has been arrested for sodomy.

22-year-old Ganiu Amusa pictured above was arrested over the weekend for allegedly raping a 5-year-old boy.

Investigation revealed that the victim informed his mother, Mrs. Adenike Ejigbo that his anus was aching him and when his mother asked him when he started having the pain, he said since the time Ganiu Amusa had sex with him through the anus.

The mother of the victim reported the case to police and Musa was arrested.

During interrogation Amusa was alleged to have owned up to the offence.

His case has been transferred to SCID in Yaba for criminal prosecution.