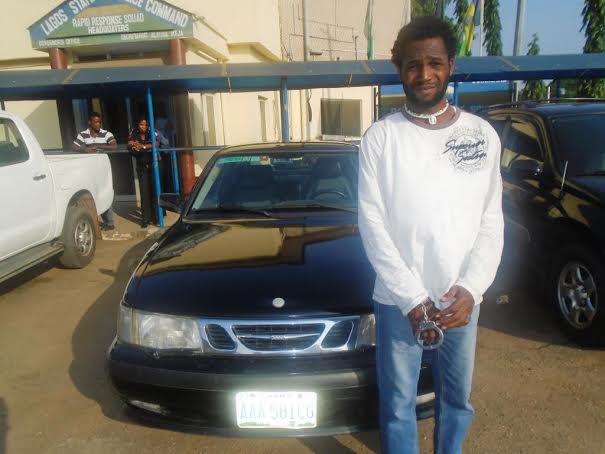 A University drop out has been arrested by RRS operatives for allegedly stealing a Black SAAB Saloon Car belonging to his education sponsor.

24-year-old Richard Adewale said he stole the car for the second time in a week because he is obsessed with it.

Adewale, a drop out of Northern American University Cotonou entered his victim’s living room from the ceiling days after he was kicked out for being a Kleptomaniac.

He picked the car key and carted the vehicle away along with other valuables.

The suspect disclosed that his victim, Adelabu Tolani had been the sole financier of his university education, adding that he picked him up when everybody rejected him.

He however said if he gets another chance, he would steal the car again.