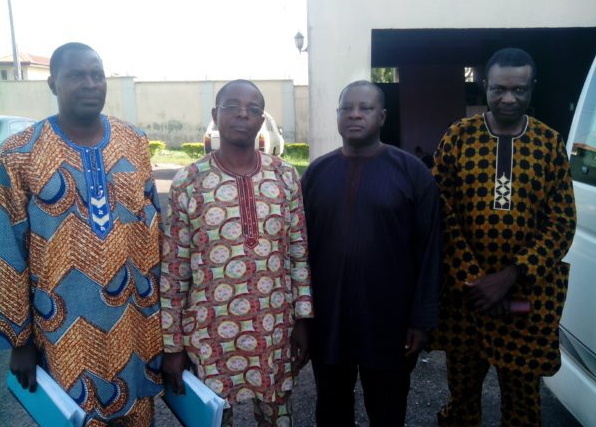 The EFCC on June 17, 2016 secured the conviction of one Jalekun Omitawoju Yisau and nine other defendants in a case of alleged conspiracy, misappropriation and diversion of funds.

When they were first arraigned on October 30, 2014, all the accused persons had pleaded not guilty to the17-count charge bordering on misappropriation and diversion of funds to the tune of N115,000,000 proffered against them by the EFCC.

But at the resumed hearing on June 17, the prosecuting counsel, Rotimi Oyedepo informed the court of the intention of the 4th defendant (Jalekun Omitawoju Yisau) who is also the alter ego of the 5th – 13th defendants to change their plea from “not guilty” to “guilty”.

Counsel to Yisau, Akin Ladipo, confirmed the information presented by the prosecution. Consequently, the charges that applied to the convicts were raid to them and they pleaded “guilty”.

In view of their plea, Oyedepo urged the court to convict them accordingly.
But the trio of Tunde Olupona, I. A Salawu and Mrs B.Y Adegboyega counsel to Professor Ogunbodede, Tejumola and Clement respectively, opposed the plea bargain agreement, contending that the proceeding before the court is a joint trial and that the plea bargain agreement would prejudice the other parties involved in this matter.

Justice Emmanuel overruled their objections, convicted and sentenced the 4th -13th defendants to two and half years imprisonment each on counts 1, 3,5,8,10,14 and17. The sentence would take effect from 30th October, 2014 when the defendants were first arraigned.

They are also to sign a bond with the EFCC, seven days after their release, to be of good conduct and never get involved in financial crimes both within and outside Nigeria.