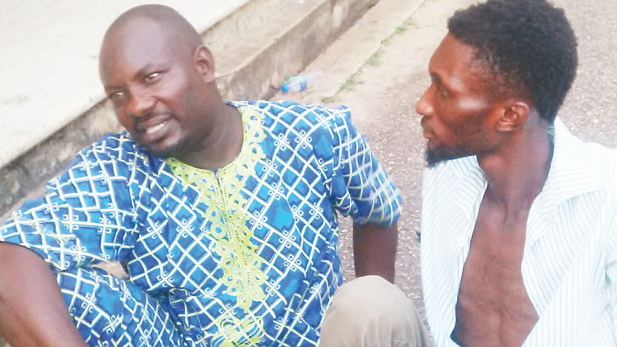 43-year-old Ogundijo Abiola and 25-year-old Alabi Olukunle were arrested this past Sunday at a Methodist church in Ibadan for allegedly inviting robbers to rob the church with the intention of sharing N1.5million.

According to Oyo Police spokesperson, anti-robbery squad caught the suspects while they were perfecting their plans on Sunday the 6th of November.

Here is what one of the suspects, Abiola Ogundijo told police: