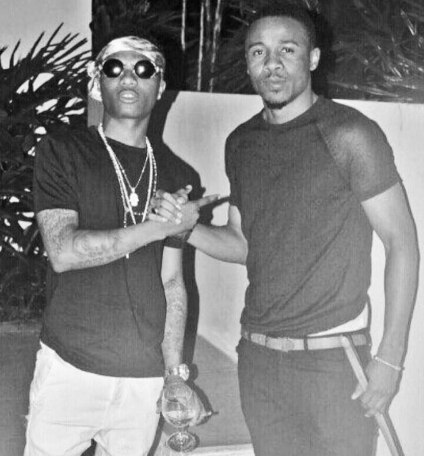 Nigerians were shocked to the bone when it was announced that star singer Ayo Balogun was “incorrectly” awarded the Best African Act award at the recently concluded MTV European Music Awards held in Rotterdam, Netherlands, on November 6, 2016.

The award which was initially given to Wizkid was said to have been taken from him and given to his Tanzanian counterpart, Alikiba.

It was reported that the MTV EMA posted a statement on its website which named Alikiba, as the rightful recipient of the award.

Here is what Wizkid’s manager Sunday Are said about the development:

“They had announced him as the winner and if he was at the award ceremony and the award had been given to him in person, would they come back to say that the award isn’t for him anymore? I think there is something fishy going on about this development. If Wizkid was present to receive the award, would they have said on stage that it was an error? I really think there is something suspicious going on. The MTV EMA is not a small award, it is a very prestigious one and they cannot afford to make such a mistake because it is too costly. Personally, I think there is more to this and something suspicious is going on,” . 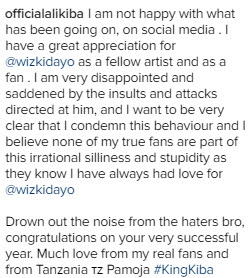