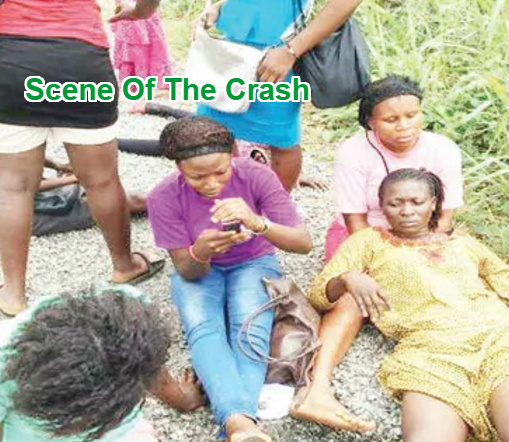 Some traders from Ibadan on their way to Akure, the Ondo State capital, yesterday escaped death by a whisker after the vehicle in which they were travelling collided with another bus. Although the passengers did not die, many of them sustained varying degrees of injury.

The victims, mostly businesswomen, were said to have left Ibadan after trading and were returning to Akure when their mini-space wagon had a head-on collision with a bus belonging to a transport company.

One of the victims, Mr. Sunny Basikoro, said they left Ibadan early and were on their way to Akure when the Cross Country bus coming from Edo State collided with them. He said:

“It was some Good Samaritans who were driving through the route that came to our rescue before the arrival of the officials of the Federal Road Safety Commission (FRSC) who took us to the hospital.”