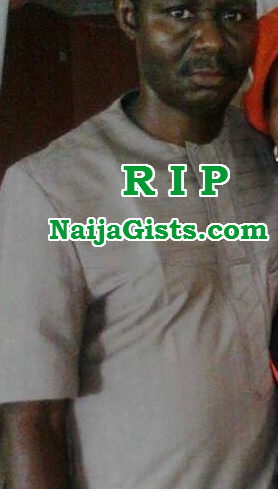 A trader at the popular Ladipo auto spare parts market in Mushin area of Lagos state has slumped and died after he was duped to the tune of $95,000 by a friend.

The equivalent of the money is about N21m at the exchange rate.
The victim, Chigozie Ezeanyagu died at a private hospital on Tuesday morning where he was admitted after he slumped.

We gathered that the late Ezeanyagu gave the money to his friend based in the United States to send him some spare parts for sale at Ladipo market.

The friend reported collected the money and traveled to United State of America, USA, with a promise that he will send the goods as he requested.

The deceased waited for several months this year to receive the goods but to no avail.
He then, reportedly, placed a call to his friend and asked to know what was delaying the supply of the goods.

It was then his friend told him to forget the money as he had used the money for other purpose.
The response from his friend caused him to slump and thereafter he became unconscious. He was rushed to a private hospital where he eventually passed on.

The doctors said his blood pressure rose beyond control which resulted in his immediate death.
The late Ezeanyagu hails from Umuchu town in Aguata local government in Anambra state eastern Nigeria.

His corpse has been taken to a Visitation Hospital mortuary in Umuchu town, where he will be buried at his family compound.

The late Ezeanyagu, who got married three years ago was blessed with a twins, a boy and a girl.
When our reporter visited his resident at Oke street in Ejigbo, family members, well wishers and neighbours gathered there and expressed shock over his death.

Also traders from Ladipo market were there to sympathize with his wife and members of his family who were still shock following his demise.

The wife who was unable to speak to our reporter due the shock, only muted that “he was the bread winner of the family”.

The friend who allegedly duped him is from his neighbouring town in Achina in Aguata Local government in Anambra State.