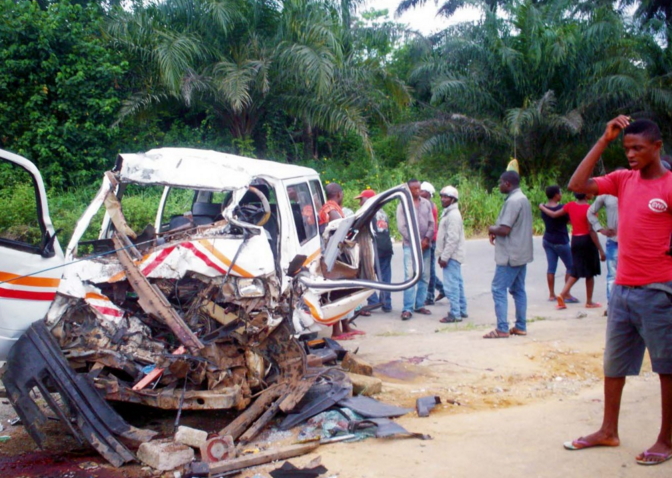 At least 9 people including a driver & 3 family members died today in a fatal accident that happened on Ishiagu Awgu Expressway in Ivo LGA of Ebonyi state.

According to an eye witness, Mr John Okochi, the accident happened when a truck and an 18-seater bus, with 18 passengers on board, coming from opposite directions collided.

According to Okochi, the driver and 8 passengers died on the spot while other victims who sustained various degrees of injuries were rushed to a nearby hospital for treatment.

All the victims of the fatal crash hailed from Ishiagu. They were returned from Enugu when the crash happened.