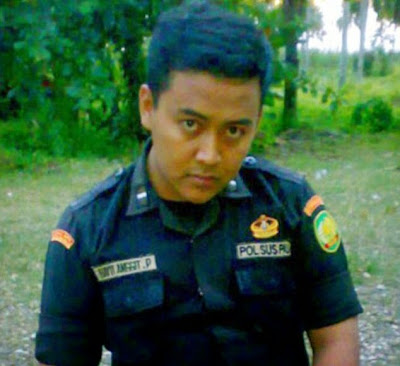 A case of injustice has been reported in Indonesia days after a prison guard caught trafficking drug was sentenced to 12 years behind bar.

Pictured above is Bayu Anggit Permanu, a Indonesian prison official who was arrested with over 350g of Methamphetamine on his way to Nusakambargan Prison Island.

According to reports from Indonesia, instead of the death sentence given to foreign convicts, police are planning to give him an exception, a charge which carries between 12 to 20 years behind bars.

The officer reportedly told investigators that an inmate gave him the drug but a police chief , Ulung Sampurna Jaya said he was caught with the drug on his way to one of the prisons on Nusakambangan, the death Island where 8 foreigners were executed last month.

It seems the Indonesian death sentence only applies to foreign drug traffickers.