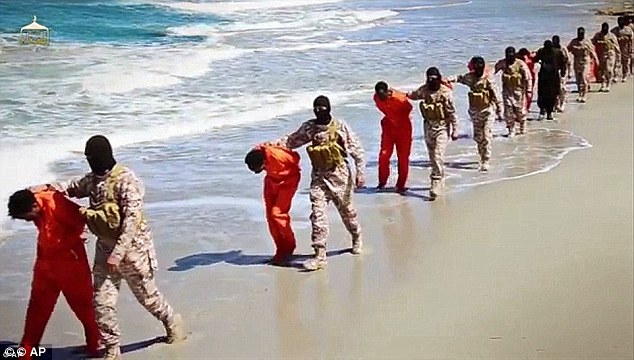 A group of 88 Christians fleeing to Europe with the hopes of having a better life have been kidnapped from people smugglers on a beach in Tripoli, Libya.

The Eritrean Christians who travelled to Libya planned to board a migrant ship to Europe when the dreaded Islamic State Militants caught them.

A US Defence official who confirmed the report said the militants kidnapped the Christians in the city of Tripoli.

3 of the migrants managed to escape from ISIS by jumping down from the back of their vehicle.

The militants separated 12 Eritrean & Egyptian Muslims and women from the group after testing their knowledge of Koran.