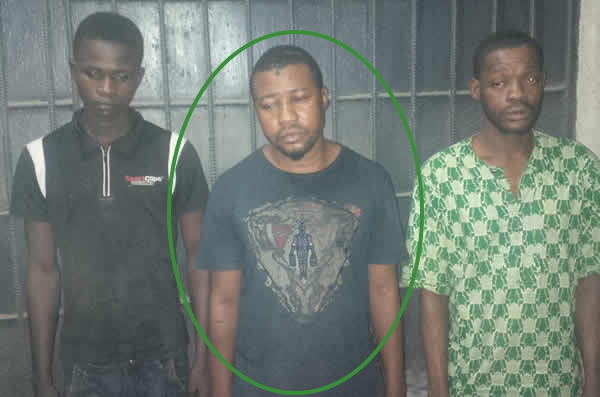 A fuel station manager, Niyi Fadaisi, has been arrested by the police in Lagos for allegedly receiving stolen fuel from vandals in the Ikorodu area of the state.

Fadaisi, however, told us that he bought a few litres of fuel from the vandals as a result of the prevailing fuel scarcity to get supply for his customers.

Our correspondent gathered that Fadaisi, who has his station in Ogijo, and eight others were apprehended by the Inspector-General of Police Taskforce on Anti-Pipeline Vandalism, for allegedly siphoning fuel from pipelines belonging to the Nigerian National Petroleum Corporation in the Ogijo, Ikorodu area of Lagos State.

It was learnt that the suspects included two militants from Ondo State, a petrol station worker, and five receivers of the stolen products. They were reportedly arrested in Ogijo in Lagos and in the Sagamu and Ijebu-Ode areas of Ogun State.

According to the police, the militants were working with a notorious gang of vandals operating in Ikorodu, led by one Ossy.

Photo: 5 Biafra Protesters Killed At Niger Bridge In Onitsha During Clash With JTF
Akwa Ibom Governor Emmanuel Udom Sacked As The Era Of Godfatherism In Nigeria Comes To An End