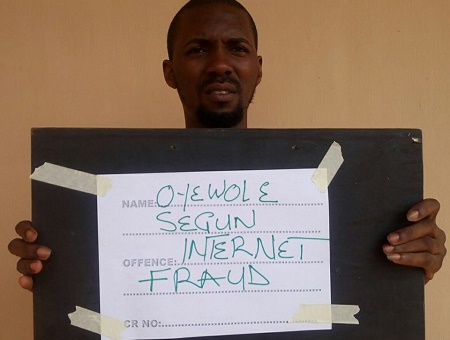 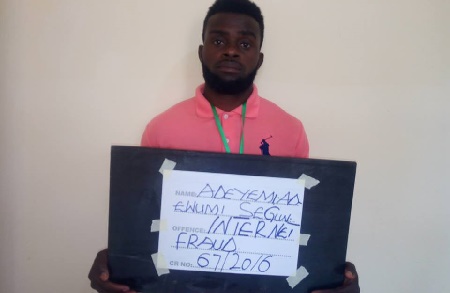 The EFCC Head, Media and Publicity, Wilson Uwujaren, said in a statement that they were arrested by the operatives attached to the Ibadan Zonal Office of the commission at different locations following tip-off.

Uwujaren said Raphael, the arrowhead of the gang, usually prowls on the internet particularly on Craigslist- an online sale and purchase sites, where items ranging from cars and furniture are being displayed for sale. 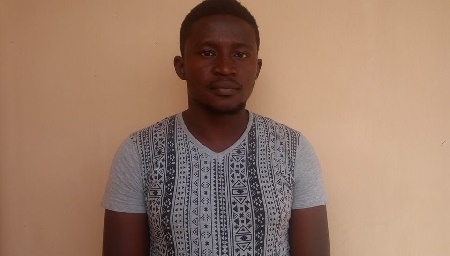 The 27year-old suspect was quoted as saying that he usually poses like a genuine buyer and engages any seller in a bid to purchase a car.

“After the seller had agreed to the terms of purchase, I go online to edit any PayPal receipt online to reflect whatever agreement reached which includes cost of purchase and the accrued percentage for shipping.

“Our cohorts abroad collect the shipping cost which had been added to the cost of the car on the PayPal receipt and send it to either Adeyemi or Oyewole who receives it in Nigeria for us to share.”

Raphael, an indigene of Ipetumodu, Osun State, said he had to recruit Adeyemi and Oyewole into the syndicate in order to raise money to pursue his dream of becoming a music star, having dropped out of school.

He confessed to have made about N2.5 million from the various scams from which he bought a car, Honda Accord (EOD) with registration number EKY 437 EA, and a Phantom 5 phone.

Adeyemi and Oyewole, who hail from Ondo and Ibadan respectively, also confessed to be members of the syndicate. Aside being part of the auction scam, Adeyemi, 27, stated that he was also into romance scam and had fleeced some unsuspecting victims of their money, the latest being $250 that he got from an Australian.

On his part, Oyewole, 31, confessed that he collects their proceeds through his account domiciled in one of the new generation banks.

“The suspects will be charged to court as soon as investigation is concluded,” Uwujaren added.

Continue Reading
You may also like...
Related Topics:boys, Ibadan, yahoo