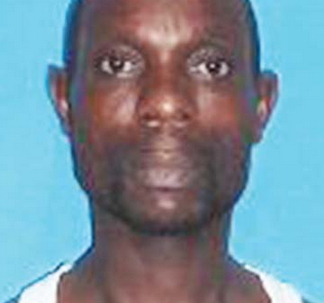 A 40-year-old man identified as Monday Okon Inyang has been arrested for trying to sell his demonic possessed son, 11-year-old David Monday Inyang for N100,000.

The suspect approached an Alhaji in Bogobiri area of Calabar and offered to sell his son to him.

The Alhaji demonstrated patriotrism when he alerted the police about the plan of Inyang who hails from Itu LGA of Akwa Ibom.

An elder in the community said the problem started last month when the young school boy confessed to his father that he was bewitched and possessed by an evil spirit, which had worked through him to cause his misfortune. He also begged the father to forgive him for all the trouble he had unwittingly caused him, while under the influence of the evil spirit.

“It is quite unfortunate that such ugly incident occurred in our community. The boy confessed to the father he is a wizard, and he took him to various churches for prayer and deliverance. He even took him to some herbalists to exor­cise the evil spirit.” But somehow, the devil added a dangerous twist to the ugly situation, and planted an evil idea in the head of his father, who decided to sell him off, and subsequently approached the Alhaji on June 22, 2015, to consummate the intent. – the elder said

“I don’t know what came over me. I am still dazed. My wife left me in 2005 and abandoned our four children, when I had a major problem. I have one boy and three girls. I am struggling to survive. David confessed to me that he was a wizard and the cause of my agony in life.

He pleaded for forgiveness. As a concerned father, I took him to various churches and tra­ditional herbalists to cure him. Really, I don’t know what happened to me and I decided to take my son to one Alhaji in Bogobiri area, of Calabar and sold him for N100,000.00 naira to him. While I was waiting for the money, Alhaji came with policemen to arrest me in his office. I have regretted what I have done. When my son confessed, I should have forgiven him. It was wickedness that landed me into this problem. I pray that my son would forgive me for the evil thing I tried to do, by wanting to sell him.”