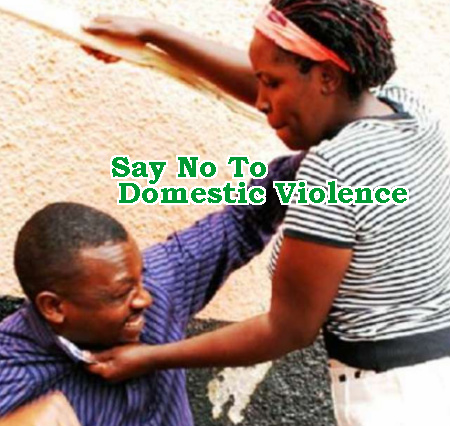 Mpumelelo Nyamane, a no-nonsense Zimbabwean woman has been arrested for allegedly beating her husband to a pulp to teach him a lesson over persistent farting while sleeping.

According to iMzanzi, Mr Fikile Nyamane was forced to call the police when his wife inflicted a deep scratch on his chest while the duo were fighting.

At a point, his enraged wife sat on him until he almost passed out.

Mpumelelo the tigress has been arrested and charged with domestic battery.