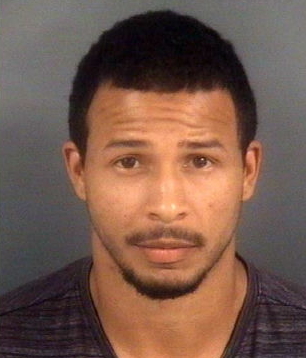 Police officials in Cumberland county in North Carolina have launched a manhunt for a suspect currently on the run after killing his child’s grandpa.

The suspect identified as 32-year-old Anthony Curtis Macneill revealed on Facebook that he has killed someone while police were searching for him in connection with the murder of one Eugene Racine.

A domestic dispute reportedly broke out between Macneill and his child grandpa before he opened fire on him. The wife of the deceased, Cindy Racine survived the attack.

The suspect told his Facebook friends he was leaving North Carolina and if he can’t find a way of escape, he will kill himself. 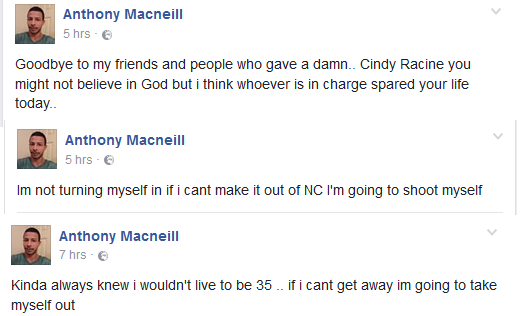