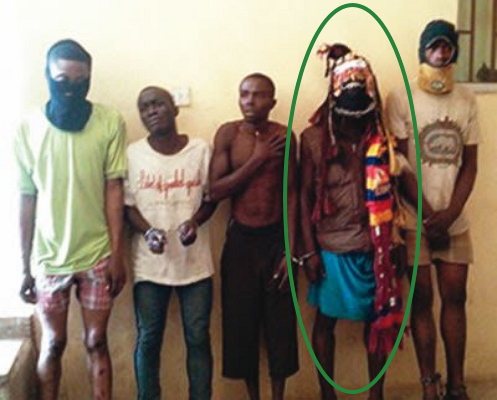 Among the 21 criminals paraded in Lokoja yesterday was a ‘masquerade’ who during a festival, stabbed one Ishak Yusuf to death.

The ‘masquerade’ (real name, Shaibu Musa) of Okene town in Okene Local Government Area of the state and eight others (now at large) conspired and in the disguise of celebrating Ekhechi masquerade festival brought out the Obiede masquerade to terrorise the people.

In the process the ‘masquerade’ engaged the deceased in a fight and stabbed him to death.”

Aya, however, said although the suspect denied taking part in the fight during which the deceased was killed, he admitted that on the said date, himself with his colleagues attended the Obiedu masquerade festival at 11p.m.

Continue Reading
You may also like...
Related Topics:arrested, Masquerade