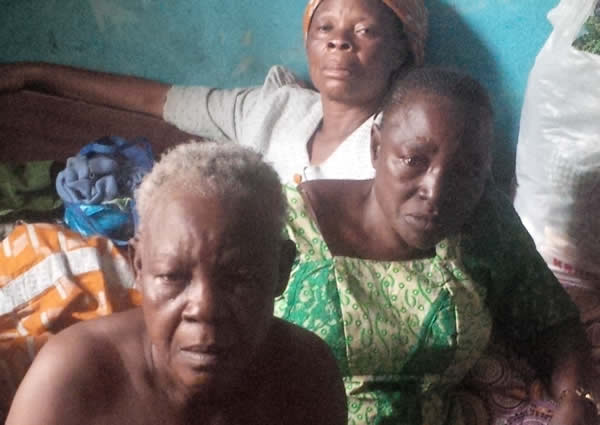 75-year-old Beatrice Oyesolu, the mother of twin brothers shot dead on Saturday by a trigger-happy policeman guarding Paulson Hotel on Anibaba Street, Ketu-Ikosi, Lagos, says the promises her children made to her had been shattered.

“I just came back from church yesterday when they broke the news of their death to me. The government should help me because Taiye and Kehinde were the only hope I have. I have been stripped naked because they are my clothes. Who will I turn to now?

“They promised me a lot of things next year. They wanted to start building a house on my parcel of land next month. This is the seventh month after the death of their father.”