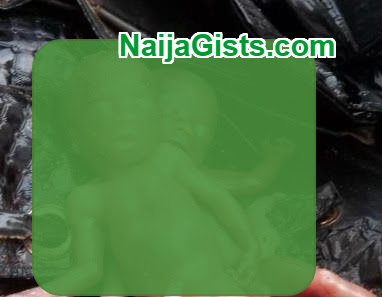 A carnal near a filing station in Ajangbadi area of Ojo Lagos became a tourist hot spot on Fridayafter the discovery of fresh corpses of newly born twins.

The identical twins were placed in a polythene bag and abandoned in the carnal by an unknown individual.

The case has been reported to Ilemba Police station.