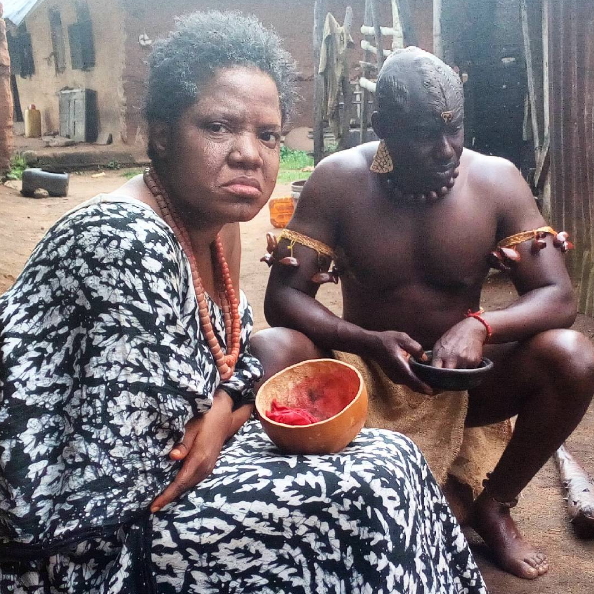 Toyin Aimakhu and Ghanaian actor Chris Attoh are currently on the set of a new movie titled Esohe.

Miss Aimakhu played the role of an aged mother of a Benin warrior in the movie produced by Charles Uwagbai..

See more photos from the movie set below 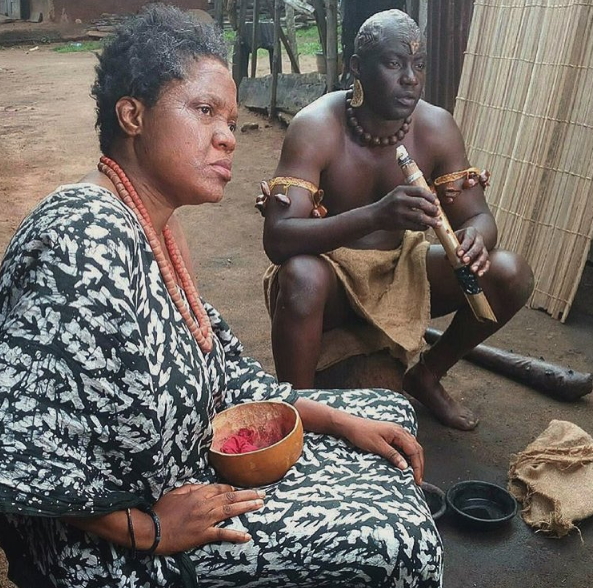 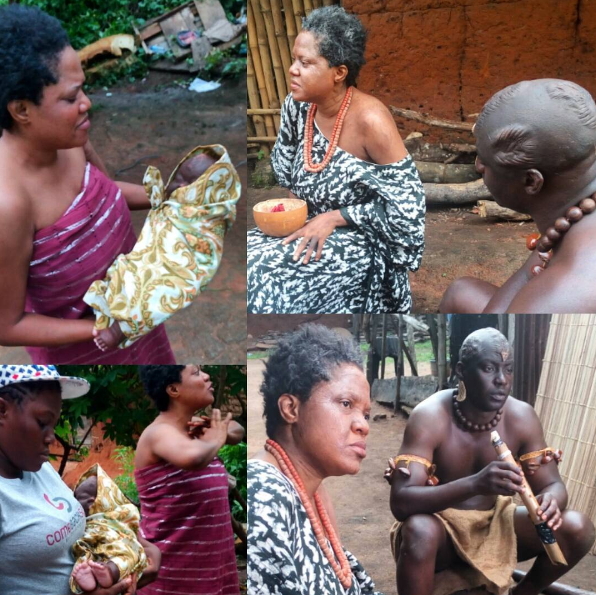 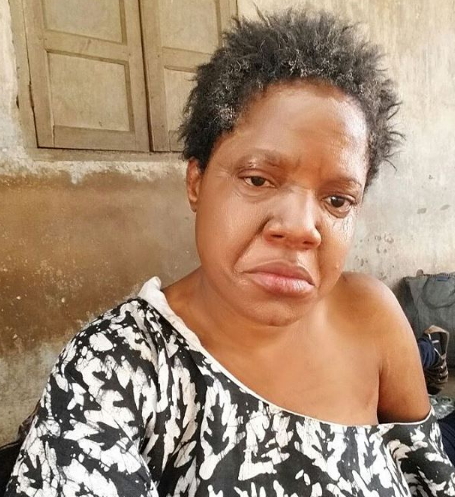 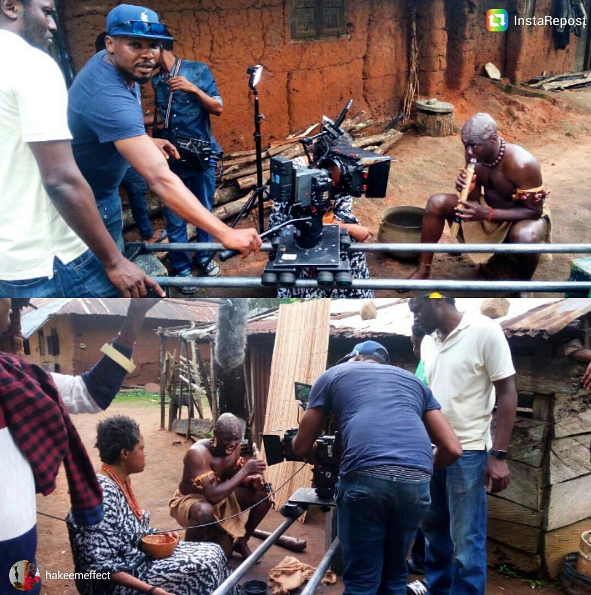