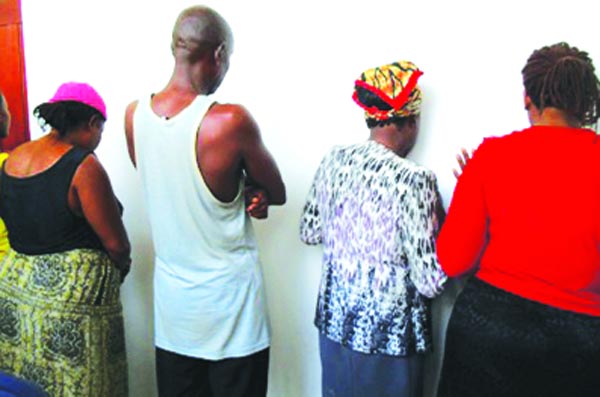 The Lagos State Police Command, yesterday arrested three persons, among them, a trado-med­ical doctor, over alleged theft and sale of a two-week old baby.

The state Commissioner of Police (CP), Mr. Fatai Owoseni, who paraded the suspects yesterday at the command headquarters, Ikeja, identified the trado-medical doctor as Ono­laja Olawale and the two suspects as Mr and Mrs Ayogbinle.

He said that the tradi­tional doctor was instru­mental to the sale of the baby, while the couple, were the buyers.

According to him, Dr. Olawole allegedly sold the baby to the couple for N136,000.

Mr. Owoseni who identified the child’s par­ents as Idiatu Babatunde and Akinola Babatunde said the trado-medical healer was instrumental to the sale of the baby. The couple, after paying N136,000 to him, took possession of the baby.

The couple and the doc­tor have been arrested and the baby reunited with her mother.”

In his confessional state­ment, the traditional medi­cine practitioner admitted collecting N136,000 from Mr. And Mrs Ayogbinle, but said that the money was meant to facilitate the procurement of papers to adoption the baby from the Lagos State government.

He said: “The mother of the baby came to me to say that she would be go­ing back to Ofa Polytech­nic where she is schooling, to process her National Youth Service Corps (NYSC) documents and that she would be away for two weeks. She appealed to me to assist in taking care of the child while she was away.

“We are family friends. Since my wife was also breast-feeding, I decided that we should take cus­tody of the baby pending when she would return from school.

However, I have known Mr. And Mrs Ayogbinle for some years and I know that they are in dire need of a child. The woman has been suffering from miscarriages for several years. I sold the idea of adopting the baby to them. They gave me N130,000 to procure all relevant documents before I was arrested,” he said.

On her part, Oluwakemi Ayogbinle who also mitted buying the baby, blamed her landlord for reporting the matter to the police.

She said the bubble burst when her landlord who knew that she was not pregnant was shocked to discover the two-week old baby in her custody.

“My landlord who knows that I was never pregnant, not to talk of giving birth to a two-week old baby, reported the mat­ter to the police.” If I had been able to procure the documents, I would have taken good care of the baby. I need a baby.

The CP said the suspect would soon be charged to the court soon.