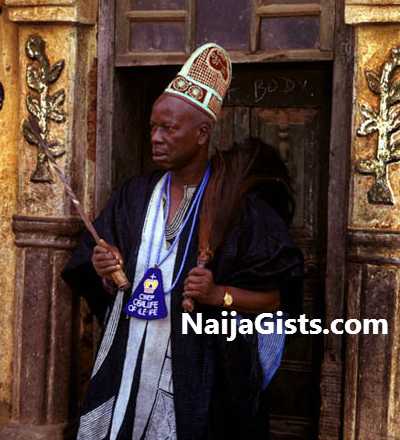 The family of the late Oba Solomon Omisakin, the Obalufe of Iremo Quarters, who was second in command to the Ooni of Ife before his death few weeks back, at the weekend, watched helplessly as ýmembers of a traditional cult group, the Isoro Cult, stormed the late monarch’s compound and hijacked his remains, demanding money before the late traditional ruler could be buried.

It was gathered that the family was forced to pay the sum of N500,000 levied by the Isoro cult to whichý all the palace traditional title holders, including the Ooni and the Obalufe belonged, before the Isoros allowed the burial arrangement to proceed. 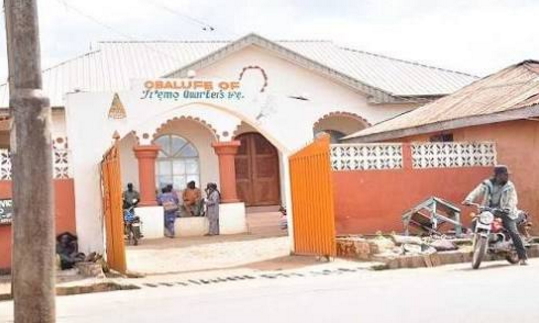 A family source, who preferred not to be named, said that the late Obalufe, who died in September, 2015 at the age of 85 after an undisclosed illness, was due for burial on Friday morning when the Isoro cult disrupted the burial arrangement. According to our source, the Isoro cult hijacked the Obalufe’s remains and ýdemanded N500,000 before the burial rites could proceed.

He said the initial burial plans had to change because of the development. “The plan was to bury him early Friday but that had to change as members of Isoro Cult appeared in the house of the deceased located at Eleyele area of Ile-Ife, hijacked his corpse and demanded money before its release.ý The initial rumour that his corpse was seized by Ogboni Confraternity was not true. It was the Isoros that seized his remains and it took us time before we could settle the matter,” he said.

However, it was not clear if the family paid the N500,000 demanded by the cult members as relatives of the Obalufe declined comment on the matter. But it was gathered that the remains of the late Obalufe was interned at his Iremo Quarters Palace late Friday evening.