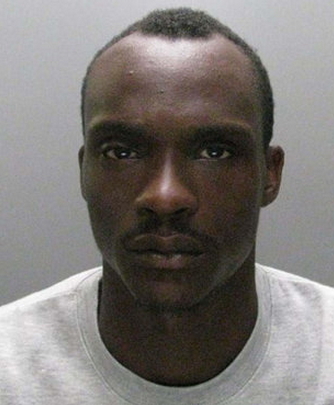 32-year-old Peter Fabiyi was on Wednesday, September 30, sentenced to 3 years and nine months in prison by Blackfriars Crown Court after he masturbated and ejaculated over a woman while on a London Underground train. Fabiyi committed the offence on Wednesday.

The victim, a woman in her 20s boarded a train towards Mitcham Junction and traveled a few stops before she realized that Fabiyi was standing directly in front of her with his trousers undone as the train left Elephant and Castle station in central London, after which he performed the sex act while they were both alone in the carriage.

According to London 24, the woman then pushed past him and frantically fled to another carriage, before telling another passenger what just happened. British Transport Police then arrested Mr Fabiyi after seeing him leave Tulse Hill station where he slid under ticket barriers to avoid paying a fare.

Following his arrest, interrogation and arraignment, Mr Fabiyi admitted sexual assault at an earlier hearing last month. During his sentencing, Mr Fabiyi was also handed a sexual harm prevention order, stopping him from approaching women sitting alone on trains except staff or for travelling without an Oyster card for five years.

“This was a hugely shocking and frightening incident for this woman and I commend her for having the awareness and courage to report the offence and support the prosecution.

This sentence sends the clear message that sexual behaviour on trains or at stations is completely unacceptable and British Transport Police will use every method at our disposal to identify people responsible and bring you before the courts.”

After committing the offence, Mr Fabiyi had tried to avoid police by slipping under the ticket barriers Tulse Hill and dodging detection via his Oyster card before boarding a bus outside the station. However, he was arrested shortly after at his home address on Ezmouth Road in Walthamstow.

Continue Reading
You may also like...
Related Topics:nigerian, peter fabiyi