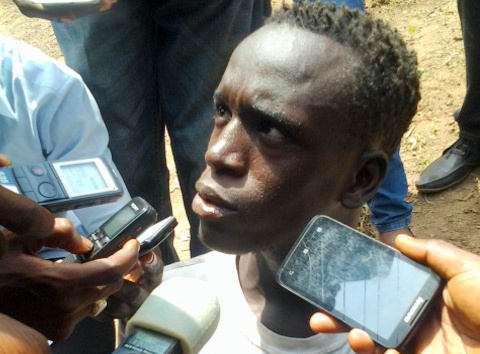 A member of the dreaded Boko Haram Jihadi sect has been arrested in Kara area of Mowe in Ogun State following a tip off from vigilant Northerners in the area.

The suspect identified as 22-year-old Umaru Muktar (pictured above) told police he fled his base in Gonge Maiduguri to Kara because the military has stepped up attacks in Borno state.

The Hausa Community in Kara Ogun State reportedly called the police when the suspect allegedly confided in them.

He was among the suspects paraded yesterday at the Headquarters of the Federal Special Anti – Robbery Squad(FSARS) at Magbon – Abeokuta, Ogun state.