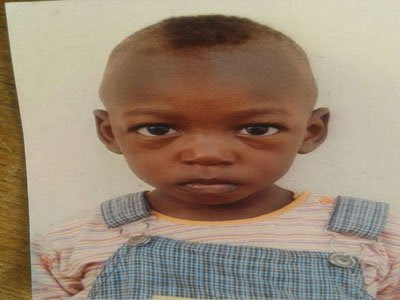 Feb 19, 2017 – Picture Of Baby Boy Who Died After Mother Gave Him Kerosene To Drink Instead Of Water

18-month-old baby boy Israel Buhari died on Friday after his mother accidentally fed him with kerosene instead of water.

His mother, Ata Buhari, a Kerosene seller said when the boy came crying for water, she gave him water stored in a beverage can, not realising it contained kerosene.

It was learnt the boy spat out the content immediately he tasted it, making the mother to realise her mistake.

Few minutes later, the child was said to have complained of stomach pain before he turned white in the eyes.

He was rushed to the hospital where he died few hours later.