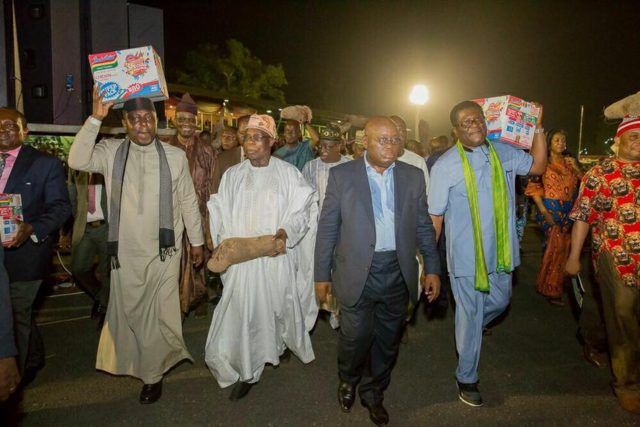 The ex-President was in the capital city of Imo state on Friday where he joined the executive Governor, Rochas Okorocha and others as they hit the roads carrying tubers of yam, Indomie cartons and other food stuffs in celebration of Imo State thanksgiving day.