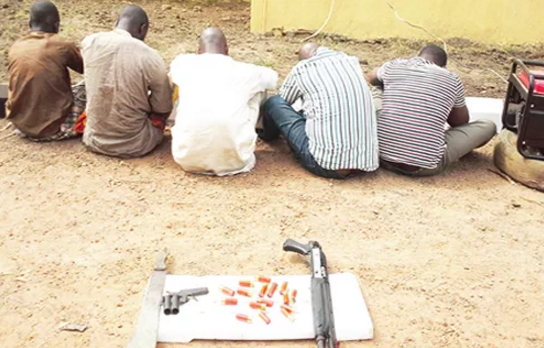 On Wednesday, the officials of Ogun State Police command arrested some kidnappers during an operation in Ijebu Ode.

The suspected kidnappers had already collected N7.5 million as ransom from a 35-year-old woman on Ejinrin Road in Ijebu-Ode before luck ran out on them.

Two of the gang members, Femi Nejo and Gbenga Taiwo were arrested while others who fled were later arrested.

Nejo had confessed to participating in a series of kidnapping with one Ismaila, Baba Yellow and Dele Eleja.

Police yesterday said they had recovered N7.5 million ransom from the suspected kidnappers.