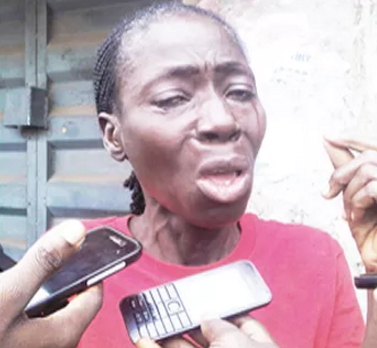 Mrs. Juliana Balogun, a 50-year-old woman, yesterday cried out to Nigerians to give her financial assistance to enable her evacuate her room in a distressed building at Ebute Metta, Lagos. Balogun said she knew the building was at the verge of collapse, but had no money to secure accommodation elsewhere.

According to her, she prays that the building does not crumble on her family. Her house was one of the distressed buildings sealed by the Lagos State Building Control Agency (LASBCA). The General Manager, LASBCA, Mr. Olusola Adeigbe (an engineer), said the eviction of the woman was necessary to avert loss of lives resulting from building collapse. He added that other tenants of the buildings had since left the house after it was identified as distressed. Adeigbe said the building had been sold to a new owner since April 2013.

Her 72-year-old husband had made several unsuccessful efforts to secure another accommodation elsewhere.