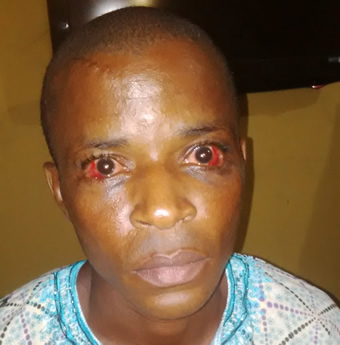 A 28-year-old welder, Mr. Ndifreke Ibuotenang claimed that he was brutalised on Thursday by policemen attached to Mkpat Enin Police Division in Akwa Ibom State.

Ibuotenang said he was returning from where he went to drink palm wine around 9pm, when the same police team accosted him and beat him to a coma.

He said he was revived, detained and released after the payment of N10,000 bail.

Mani explained that all the policemen that were on patrol from the station at the time were in detention at the police headquarters in the state.

This is the same police checkpoint where a 15-year-old was defiled by a randy inspector…. READ MORE HERE