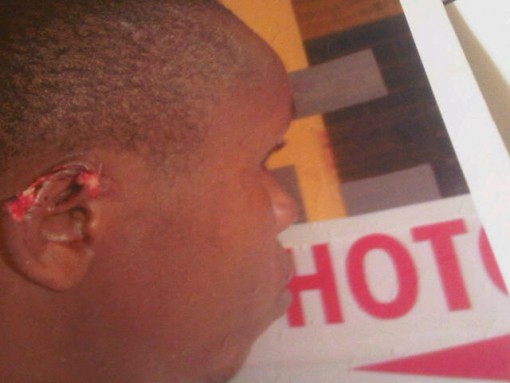 A prostitute identified as Precious Osas has been arrested for allegedly attacking her client inside a hotel in Okota area of Lagos.

The 36-year-old prostitute allegedly received N3500 from 25-year-old Chikwado Omokwa for all night sex romp but the sex worker refused to fulfill her promise because Omokwa was drunk.

To cut the long story short, a fight broke out between the two when Precious refused to service Chikwado.

In the process, she bit him on the ear.

Omokwa who bled profusely raised an alarm which attracted the attention of hotel staff.

She said after the first round, he was demanding for extra round which she refused.
She said Omokwa had high libido because he was drunk and was vomiting in the room.

The two sex partners were dragged to the police station.

Precious Osas was charged with disorderly conduct yesterday and was remanded at Kirikiri prison.