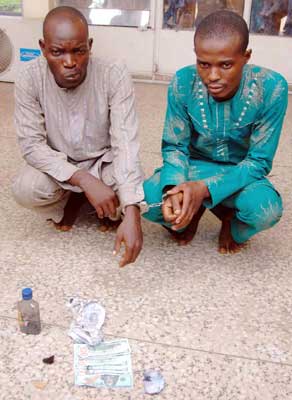 The ambush squad of Oyo Police command said the suspects are members of a dangerous syndicate who specialized in luring unsuspecting members of the public to their hideout with the hope of helping them solve their spiritual problem.

In addition to the body parts found on them, the suspects were found in possession of charms.