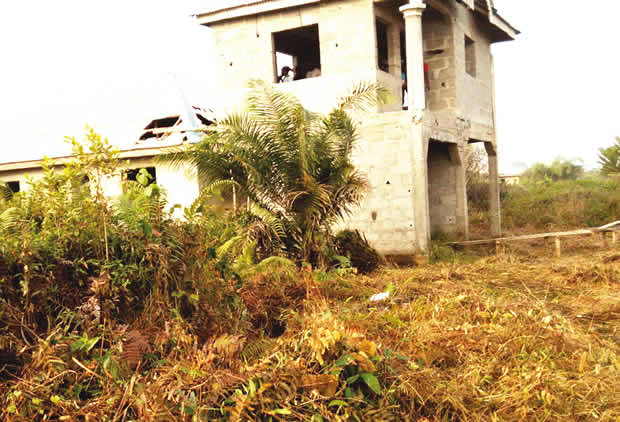 Around 12 midnight, a young lady with her throat partly cut ran into a carnival while screaming to alert residence of the presence of ritual killers in the area.

The young girl who is said to be in her late 20s became unconscious while speaking but before then, she pointed to the uncompleted structure across the street where an Alfa (Islamic cleric) allegedly used a knife to cut part of her throat while trying to behead her.

Residents of Big Daddy Street in Atinplome area of Bagadry quickly mobilised and invaded the building looking for the ritual killer who almost beheaded the innocent girl.

We learnt that the girl told the crowd that the alfa, identified as Mallam Sheu, had tricked her into the uncompleted structure before slitting her throat with a knife.

She was later rushed to an hospital in the area when she became unconscious.

To cut the long story short, policemen who came to the scene said the alfa had fled.

It was learnt that in the morning, more residents thronged the area and they were said to have found bloodstains, old clothes, charms and ladies’ clothes inside the structure.