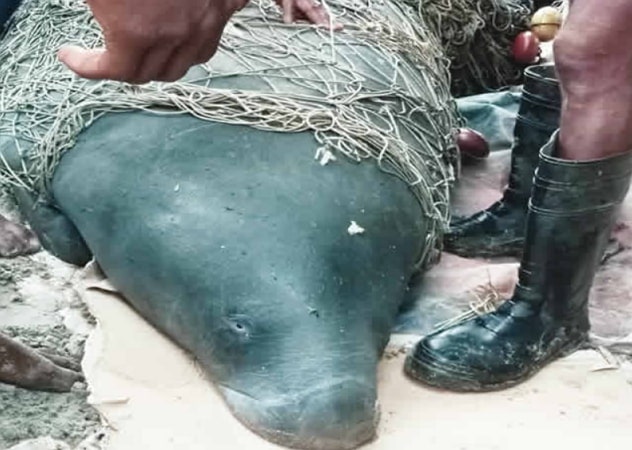 An endangered specie of aquatic herbivorous mammal caught by a fisherman at a village in Agboyi Ketu LCDA of Lagos state has been rescued before residents could turn it into food.

This was announced by Ministry of Agriculture’s Permanent Secretary, Dr Onasanya Olayiwole.

He said when the Ministry got the information that a fisherman in Agboyi Ketu had caught the mammal, officials were sent out to rescue the mammal.

Onasanya said the presence of the mammal will boost tourism in Lagos.

He noted that the animal is in safe hand at Origin Zoo in Ikorodu Lagos.

The mammal was caught by a fisherman identified as David Oyenuro.