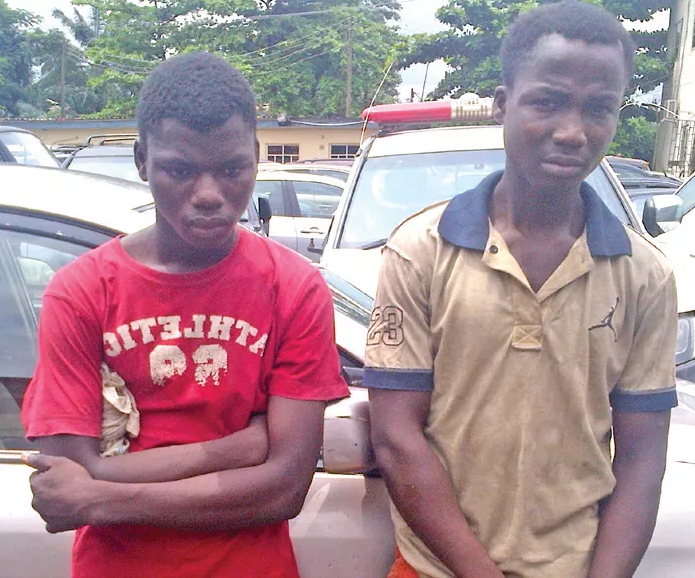 19-year-old Sunday Muali and 18-year-old Lukman Samson have been arrested for attacking a trader at Sabo area of Ajangbadi in Ojo LGA of Lagos state.

According to Lagos Police CP, Owoseni, the teenagers who operate in group always lay ambush for their victims by pretending they’re swimming in a stream in the area.

Last Tuesday, they attacked a trader from behind and removed his wallet and phone.

They were caught on Sunday while trying to carry out a similar operation.