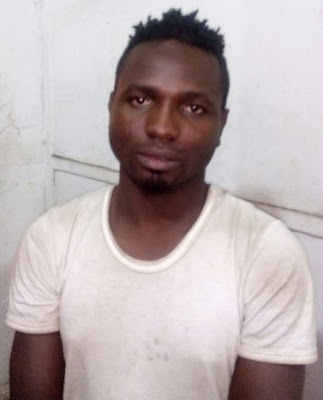 26-year-old Damilola Sarumi was first arrested in January for allegedly obtaining 6 expensive phones from 7 women at various hotels in Lagos with the pretext of qualifying them for a dancing competition.

He was arrested and jailed for about 5 months before perfecting his bail condition.

On the 25th of August, he collected 4 iPhones from 4 different women under the pretext of securing jobs for them at a popular hotel in VI. He reportedly sold the phones to one Toheed Fatuga who was later arrested.

Fatuga later led police to Sarumi’s apartment at Okesuna area of Lagos Island where he was arrested.

He told police he dropped out of the University of Lagos because life was tough for him as an orphan.

But his pleads were not taken. He is currently remanded at Ikoyi Prison pending the time he will fulfill his bail conditions.