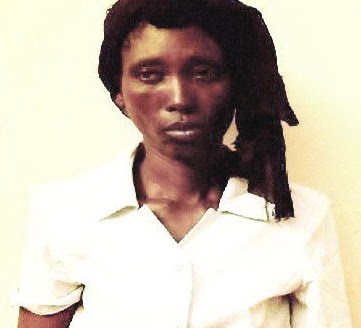 Meet the woman who allegedly murdered her hubby in Enugu over the weekend over an unknown reason.

The murder carried out by Grace Agbo on her hubby, Elijah Agbo at about 9pm on Saturday threw the entire residents of Isiuzo community into mourning.

The suspect reportedly hit her hubby on the head with a big stick. The victim was said to have died on the spot.

The Agbos were said to hail from Imirike Agu village in Udenu Local Government Area of Enugu State. They live at Mbu Amon in Isi-Uzo Council where the incident occurred.

Police spokesman Ebere Amaraizu said the deceased was hale and hearty before the incident and was with his 12-year-old daughter, Deborah.

The body of the deceased had been deposited at a mortuary in the area for autopsy.

The woman is not looking normal at all.