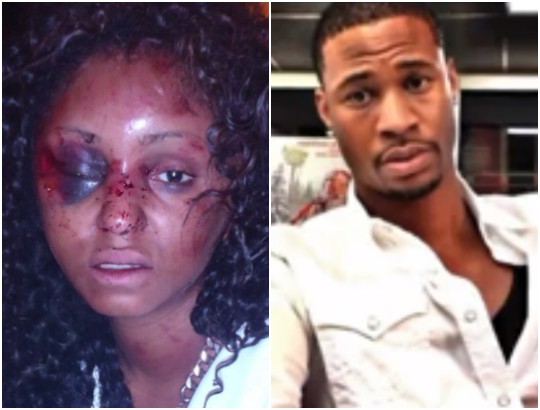 May 9, 2017 – Photos: LA Woman Attacked By Man She Met On Instagram On Their First Date At Baker’s Hotel Near LAX, Los Angeles Int’l Airport

A US woman based in Los Angeles who was assaulted during a date with a man she met on Instagram last summer has shared her terrifying tale, hoping it will be a lesson to others.

32-year-old India Ali says she met James Baker through social media and eventually felt comfortable enough to set up a date with him last July.

“He didn’t really look like a creep from his pictures. He looked like he had it going on,” Ali said.
The two decided to go out for a night on the town.

Baker posted several videos on Instagram of the two out drinking at a restaurant and enjoying themselves.

Ali said she doesn’t remember leaving the restaurant with Baker or their ride back to the area around Los Angeles International Airport, but Baker posted videos of those events as well.

The two ended up in Baker’s hotel room at the Westin hotel near LAX. When Ali woke up the next morning, something was wrong.

“It was horrible. I woke up. I lifted my head up. I was lying in a puddle of throw up. So I look around and I see blood everywhere and my clothes everywhere,” Ali said.
Ali then saw her reflection in a mirror and could see how badly she had been beaten.

“Oh my God. I can’t believe that happened. What if they come back and kill me?” Ali thought.

She realized her cellphone and car keys were gone, so she used the hotel phone to call 911. A recording of the call provided to KTLA included the following interaction:

Ali: “There’s blood all over the room.”

“She had been punched in the head so badly that it had caused a swelling in the brain. The brain, when it expands, has nowhere to go so it forces down and that’s what triggers the vomit action. It pressures the fourth vertebrae,” Los Angeles County Deputy District Attorney David Berger said.

Police used the Find My iPhone app to look for Ali’s cellphone. Investigators located the phone — and Baker — a few miles away in the victim’s car at the Courtyard Los Angeles LAX in El Segundo.

Surveillance video from the Westin also showed Baker leaving the hotel in Ali’s car at about 2 a.m.

Investigators later found Baker had prior out-of-state convictions and was on bail for allegedly using fake credit cards, Berger said.

Ali is hoping her story will remind others to be cautious about who they meet online.

“I wouldn’t want anybody to go and meet up with anybody that they don’t know. Please don’t ever do that. … You have to value your life,” Ali said.

Baker, who has been found guilty of assaulting Ali, had his sentencing postponed earlier this month.

10 thoughts on “Photo: Woman Attacked By Man She Met On Instagram On Their First Date In LA”