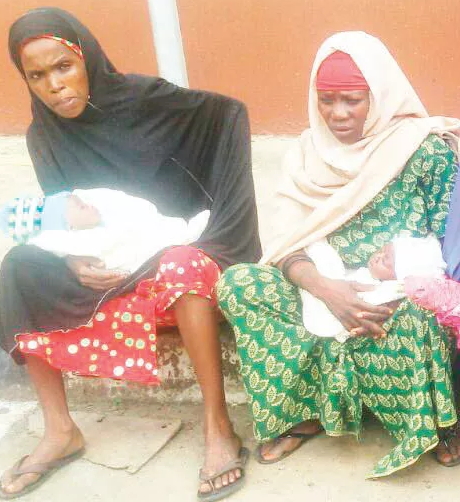 July 23, 2016 – Picture: Mothers Arrested For Renting Out Their Babies To Street Beggars

A mother of four identified as Tawakalitu Aregbesola was arrested yesterday for renting out her 3-week-old baby boy to beggars who deliver between 1000 to 1500 to her daily.

40-year-old Aregbesola was one of the 5 women arrested by LASG officials yesterday.

Aregbesola, who was the only Yoruba woman among the suspects, interpreted for others, who spoke in Hausa and couldn’t explain why they ventured into the illegal business. She claimed that she and other women only release their babies around 5p.m. and get them back with money by 7p.m. daily. 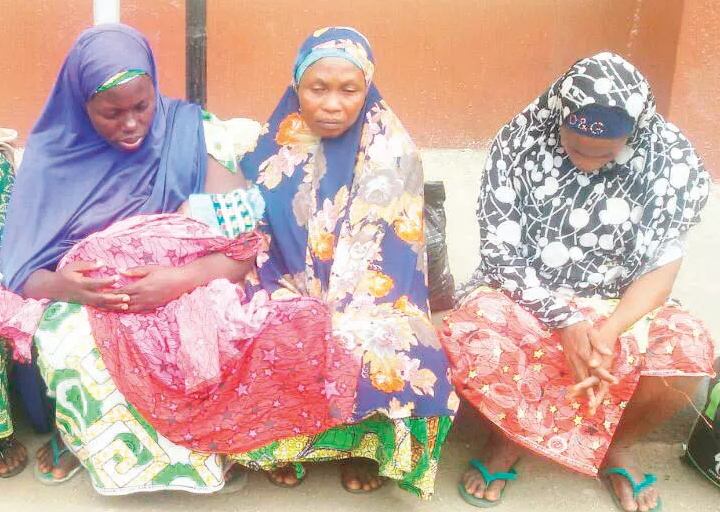 But when asked if it was possible for the beggars to pay her N1,500 daily for using the baby for two hours, she kept mum.

The rescued babies are currently at a Rehab center in Ikorodu while Aregbesola and others are being detained at Alausa Police station.