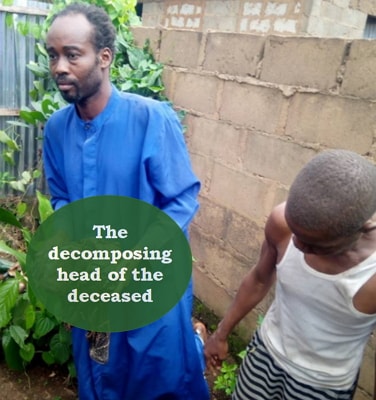 Two prophets in Ogun state have been arrested for killing woman and beheading her for money ritual.

The suspects, Olusola Akindele, 42, and Ayodele Bamiduro, 42, of the Lion of Judah Church of Christ, 13, Robiyan Avenue, Robiyan, near Ijoko, were arrested by men of the Ogun State Police Command following an investigation after the woman’s remains was found.

According to Crimepuzzle, the victim a 40-year-old woman identified as Iya Aanu, had on July 30, 2018, visited Olusola, who she had been dating for two years, in his Assess Road residence at Mosefejo. 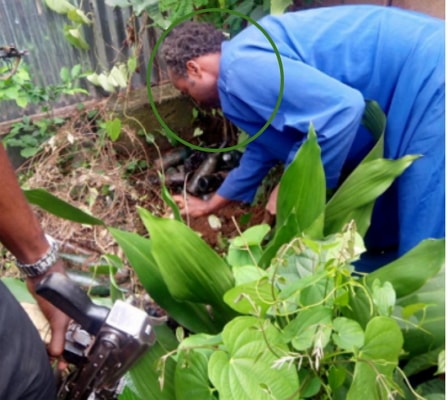 They had sex and as the woman was relaxing afterwards, her lover smashed her head with a heavy piece of wood and dragged her to a room within the apartment. She struggled but eventually lost the battle.

After she gave up the struggle, Olusola dragged her lifeless body to the bathroom and severed her head and hands, and later dumped her remains in an uncompleted building behind his residence. 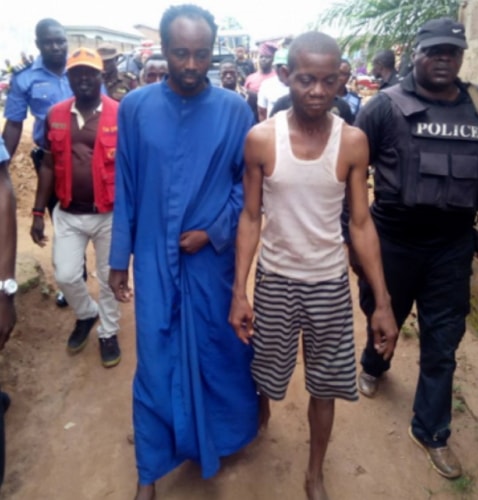 He then took the severed head and hands to his accomplice’s church, the Lion of Judah Church of Christ on 13, Robiyan Avenue, where he buried the body parts. 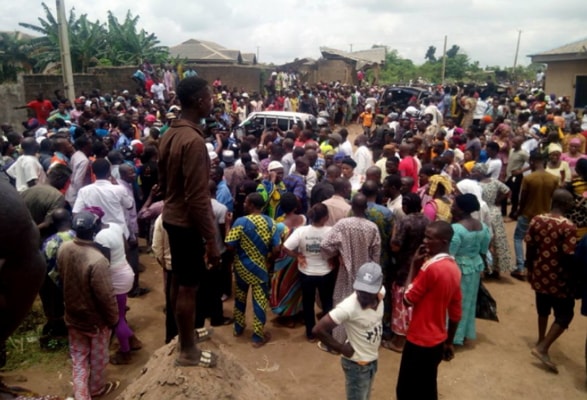 Disclosing how the suspects were arrested, CP Iliyasu said a complaint was lodged at the Agbado Police Divisional Headquarters by the Baale of Igbore Robiyan.

The Baale informed the police that a headless, decomposing body of a woman was found in an uncompleted building within the community.

Upon receiving the report, the Divisional Police Officer (DPO) in charge of Agbado, CSP Olatunji Omonijo, was asked to investigate and unravel the mystery behind the killing. Investigation led them to the suspects who have reportedly confessed to the crime.

On interrogation, Olusola Akindele, who claimed to be a prophet in a church, confessed that the victim was his woman friend, who he simply identified as Iya Aanu. He stated further that they had been dating and hibernating for two years.

On the fateful day, the deceased came to visit him, as usual, and after they made love, and the woman was relaxing, the so-called prophet surreptitiously brought out a very big clog that looked like a pestle with which he smashed the woman’s head.

The CP advised the public to be careful whom they associate with and always notify at least one person about their whereabouts when leaving the house to ensure their security and safety.