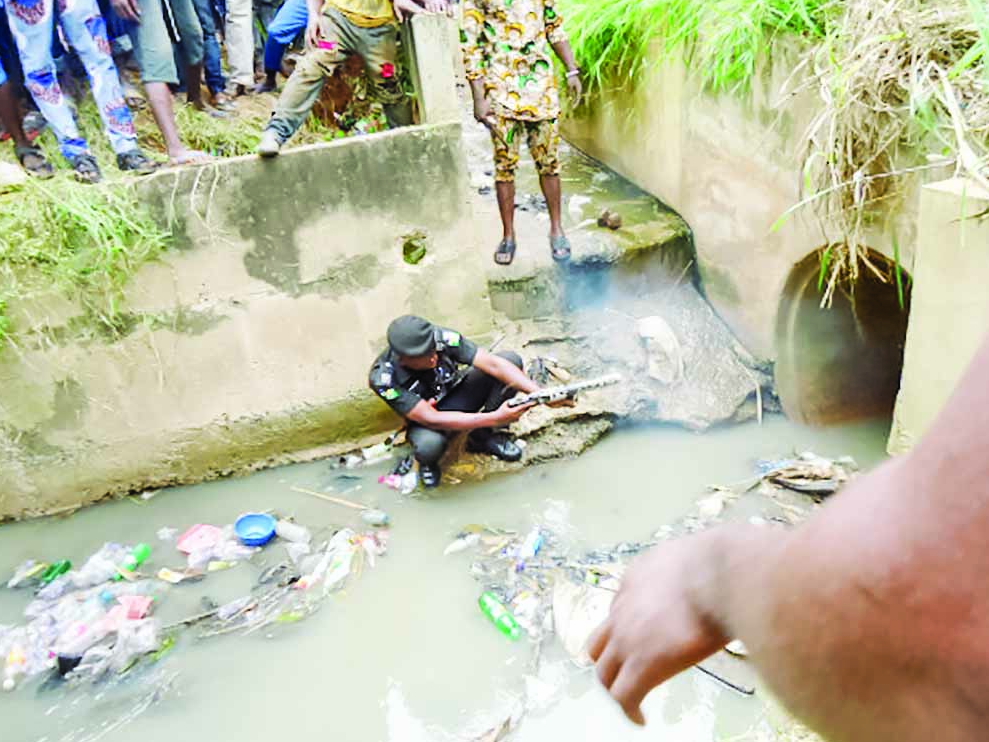 Residents of Obadeyi Bus Stop in Ijaiye Ojokoro area of the Lagos Abeokuta Expressway were on Tuesday thrown into a state of panic after the discovery of a den of ritual killers inside an underground tunnel.

2 out of the 4 ritualists smoked out of the tunnel were burnt alive while the others who couldn’t be burnt were arrested by soldiers and policemen. 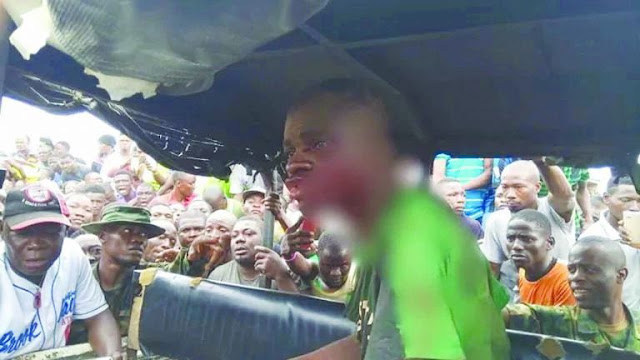 Residents were attracted to the area when a street sweeper heard the groaning of a woman from inside the canal leading to the underground tunnel around 6am.

She called the attention of fellow LAWMA staff who alerted passersby and called the police. 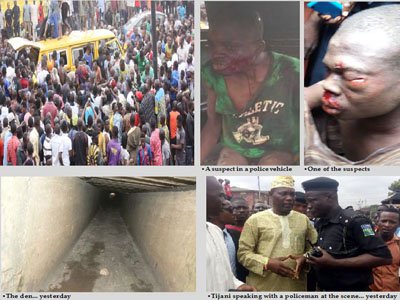 Two victims were rescued alive from the den as Lagos Police CP Owoseni vowed to rescue other victims.

The two arrested ritualists told police they are 28 in number inside the tunnel. He added that their duty is to kill abducted victims and sell their body parts for ritual.