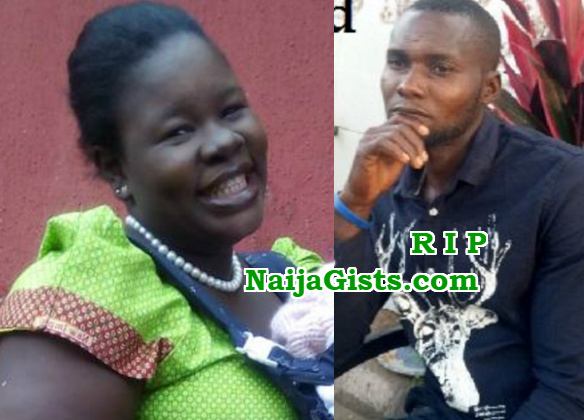 August 22, 2017 – Pictures Of Jealous Wife, Auxiliary Nurse Who Stabbed Her Husband To Death In Ayetoro, Oto Awori Lagos On Sunday

Meet Folashade Idoko, a nurse who killed husband at their family house in Ayetoro area of Lagos this past Sunday.

The incident occurred at their residence located at 20, Kosoko Street, Ayetoro, Oto-Awori local government area of the state.

We gathered that the deceased had suffered years of domestic violence from his wife but kept quiet.

The couple had two children – a three-year-old boy and one-year old girl.

Neighbours and their landlord confirmed the several years of domestic abuse the 32-year-old Lawrence Idoko suffered from his wife.

A source said Sunday’s attack was triggered by jealousy from the nurse, who accused her husband of infidelity.

The source said the deceased, a pipeline engineer with Greater Inspection and Industrial Services at Sango-Otta, Ogun State, was away on official assignment for a week at Ikorodu. 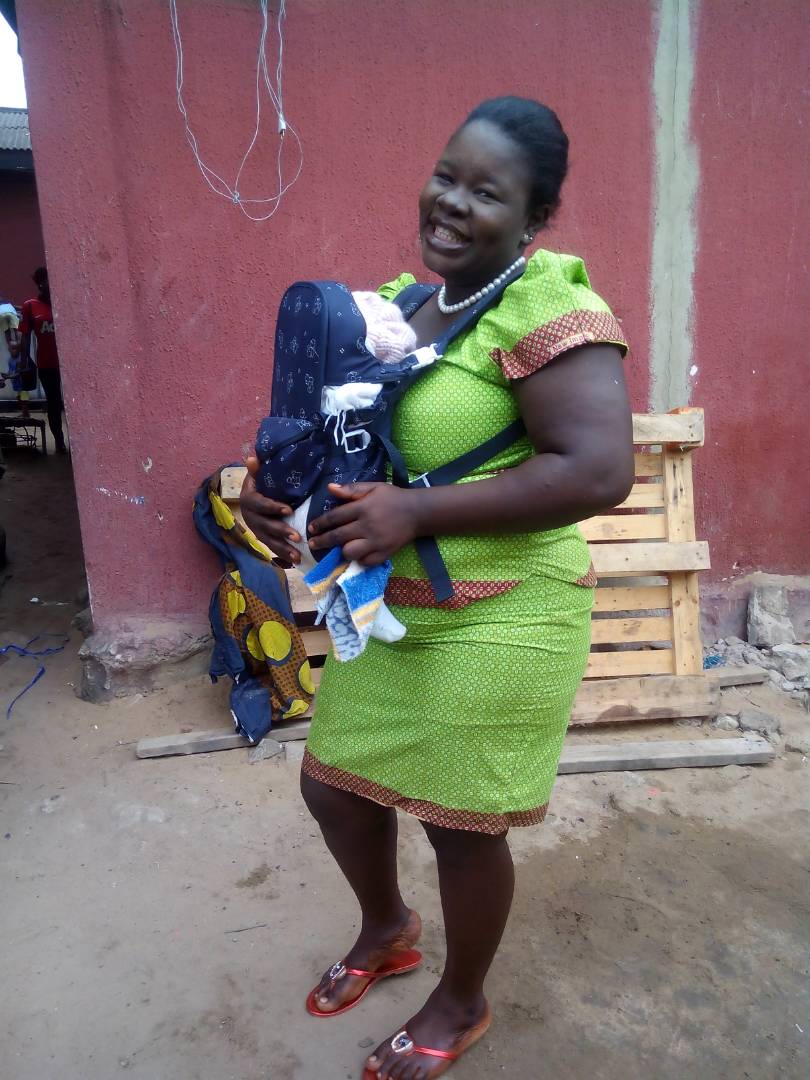 “He returned and his wife accused him of having extra-marital affair. She stabbed him in the leg with a sharp knife. When his three-year-old son’s cries alerted neighbours, he had bled heavily. He died about an hour after he was rushed to a nearby New Ayetoro Medical Centre.”

But Mrs. Idoko, a native of Kwara State, who has been arrested by policemen at Ijaniki, claimed the knife fell on her husband by accident.

A neighbour, Mrs. Blessing Olokpobri, who expressed sadness over the man’s death, confirmed the woman’s bad treatment of her deceased husband.

“Their history of violence was known to everybody in the neighbourhood. Even on January 1, they fought. There was a time she went to drag him and stripped him naked from a beer parlour around here and beat up an elderly neighbour. There was even a time she sliced his ear lobes with a broken bottle and it had to be stitched,” she said.

The deceased’s landlord, Chief Gani Akanni, who rushed him to the hospital, said he issued a quit notice to the couple because of their incessant fights but changed his mind after other tenants pleaded on their behalf.

“There was a time I took the woman to the police station because she vandalised my property after I locked up the tenants’ rooms for defaulting in payment of Lagos Waste Management Agency (LAWMA) bills. She went ahead to break the door. It was unfortunate because the husband is such a quiet and peaceful man.”

Idoko’s aunt confirmed his death, describing it as unfortunate.

“It was unfortunate that spousal abuse is still prevalent and that it continues to take a toll on partners, either male or female. She My nephew, like many men and women who die daily in violent relationships, would have been alive had they fled such deadly arrangements in the name of marriage.

“We, the family, will ensure that justice is done. This is another young and promising life deliberately cut short and this wickedness will not go unpunished.

“We would have intervened one way or the other but he hid the entire violent scenario from us. Persons suffering domestic violence should always call out for help. It was indeed a big tragedy for us.”