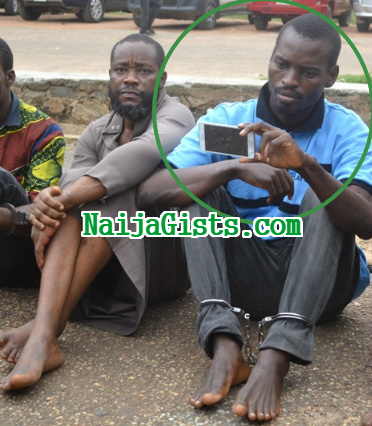 One of the 4 suspected hired killers arrested in connection with the murder of Ibadan-based politician Gideon Aremu has been caught on camera taking selfie while tied with handcuffs.

The suspect dared the officials of Oyo State police command on Monday when he suddenly took out his Samsung phone to take selfie with no one to challenge him.

The four suspects were paraded by Oyo Police Commissioner Oyebade Leye at the Command Headquarter in Eleyele Ibadan yesterday. 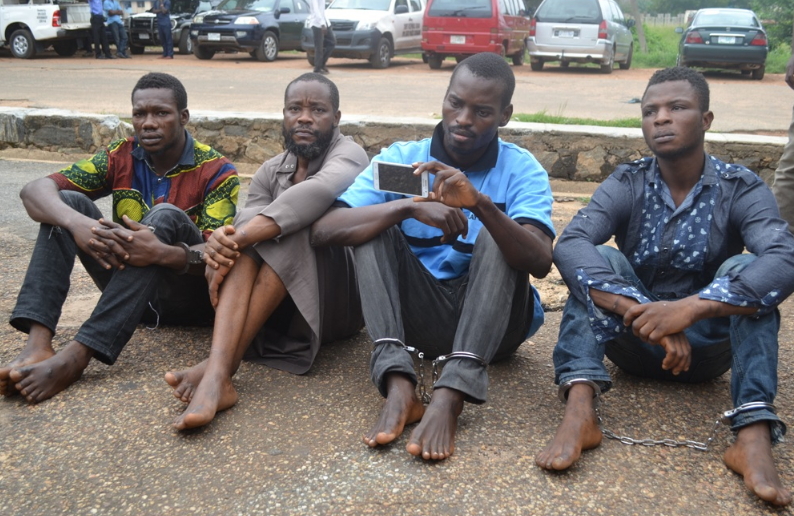 Continue Reading
You may also like...
Related Topics:Ibadan, killers, politician