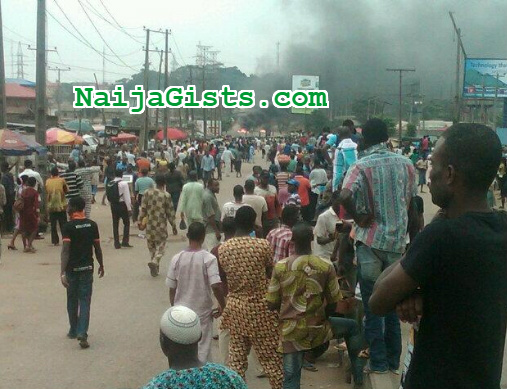 Ogijo area Sagamu Local Government Area of Ogun State was a shadow of it-self yesterday as the threat by a cult group to unleash mayhem on the town took its toll.

This came as report said that the cult members killed a Divisional Police Officer (DPO) in Odogunyan area of Ikorodu in Lagos State.

Commercial activities were yesterday grounded as nearly all shops were under lock and key while commercial vehicles were also off the road, making the town to look like a war zone. Police and military personnel were everywhere while plainclothes security men were also combing every nook and cranny of the town, arresting suspected cultists from their hideouts and joints where people smoke Indian hemp.